This holiday break I wanted to do some melted crayon art that I had come across online.  Basically, you have crayons placed sideways on a canvas or suitable material, and then blast them with a hair dryer so that they melt along the page.

I had also wanted to do detailed work with melted crayons using a hot glue gun filled with the colours.  And my plan was to create an image of the sunset from above the clouds (which i had witnessed a few days before on a plane ride home).

Problem was, that the crayons were not melting as fast as I hoped, and when i loaded them into the glue gun, they were a bit too wide so it was hard to push them through (the auto-mechanism did not work), and they were leaking through the sides.  I eventually gave up and just drew on the canvas instead.

Upon further research, i read that it takes about an hour to melt the crayons using the hair dryer (i had really only waited a few minutes); and so i guess i will wait until the summer time, and just put them outside instead (so i don’t have to do the work…).

Here are the pictures! 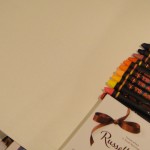 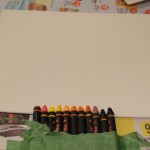 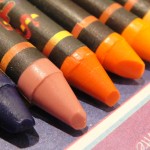 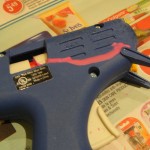 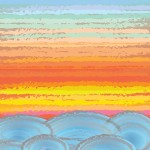 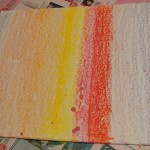 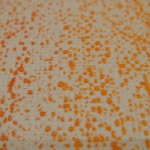 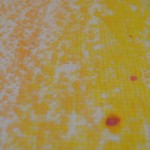 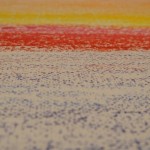